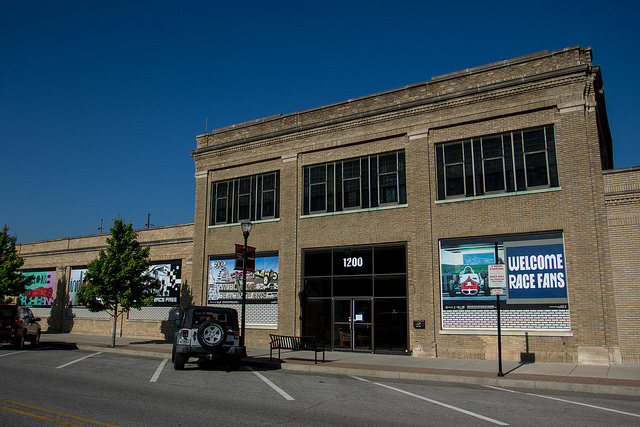 The arts and cultural communities of Indianapolis stepped up this year to show their support for the milestone 100th running. See below for just a few of the events from the Month of May in Indianapolis. As always, search the Indy Arts Guide for other arts events.

BrickyArt on Main Street in Speedway 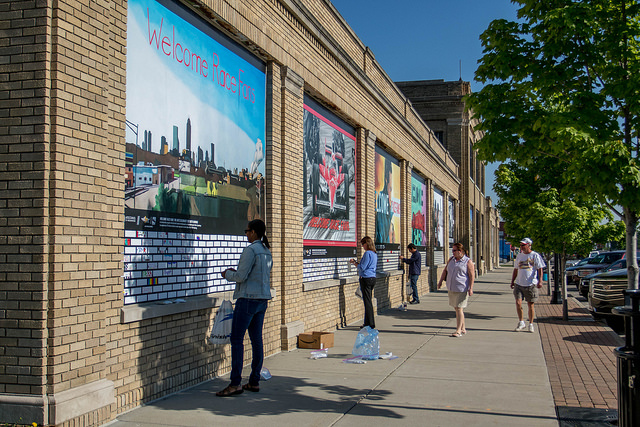 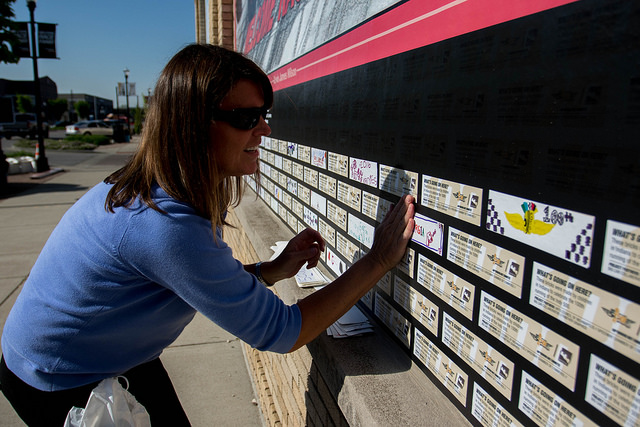 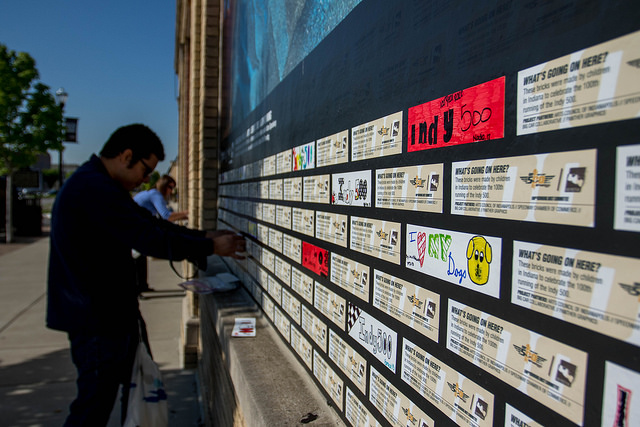 As part of the Art, Culture, and Youth committee of the 100th Running Host Committee, the Youth Engagement Team has created a massive vinyl public art project by combining images from professional artists from the Arts Council’s Welcome Race Fans project with thousands of small brick-sized artworks created by Indiana children of all ages. The artwork has been installed on the old Allison Transmission building on Main Street in Speedway with the support of the Speedway Chamber of Commerce – in the center of the action for May! Special thanks to Big Car staff for these great photos of the installation.

Artful Tread expands along Cultural Trail with help from IMS

This year’s Artful Tread has grown thanks to a collaboration with IMS, the Indianapolis Cultural Trail, and the Arts Council of Indianapolis. Locally made tire art can be found in both the Mass Ave, Fletcher Place, and Fountain Square neighborhoods. Additionally, thanks to a grant from the 100th Running Host Committee a tire sculpture by national artist Chakaia Booker will be prominently displayed on the Cultural Trail along Washington street during the month of May.

Pick your favorite and vote for it by taking a selfie with the artwork and posting it on social media using #ArtfulTread. 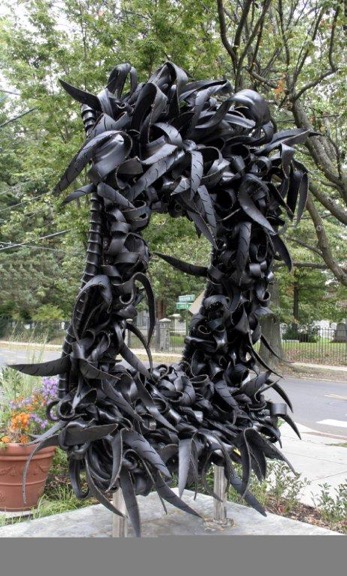 More than 200 poets from across the world and from ages 8 to 85 submitted an Indy 500-themed poem for a chance to be named the Official Poet for the 100th Running of the Indianapolis 500 presented by PennGrade Motor Oil. Internationally touring performance poet Adam Henze of Bloomington, Ind., won the contest and Mike Murphy, a writer and poet from Baltimore, Md., received second-place. Judges also named 31 poems “honorable mention” to create a starting field of 33 poems – just like the race itself.

Speedway Centre for the Arts presents Gary Dausch: Motorsports Painter & a Retrospective of the Past 100 Years of Indy 500 Program Covers

See highlights from the May activities at the Speedway Centre for the Arts in this video.

The People’s 500 is a celebration of the relationship between the Indianapolis Motor Speedway and the people of Indianapolis, marking the 100th Running of the Indianapolis 500 presented by PennGrade Motor Oil. The exhibition runs through July 16. 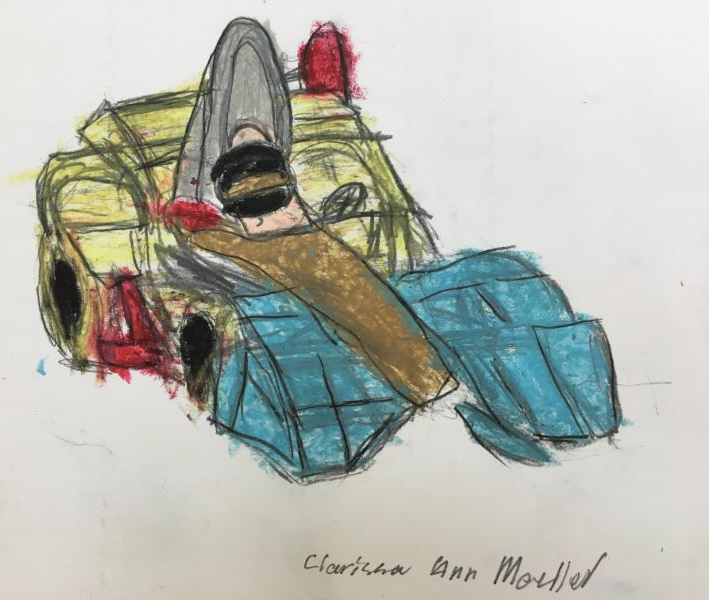 Don’t forget to pick up your FREE posters at one of the participating locations here. 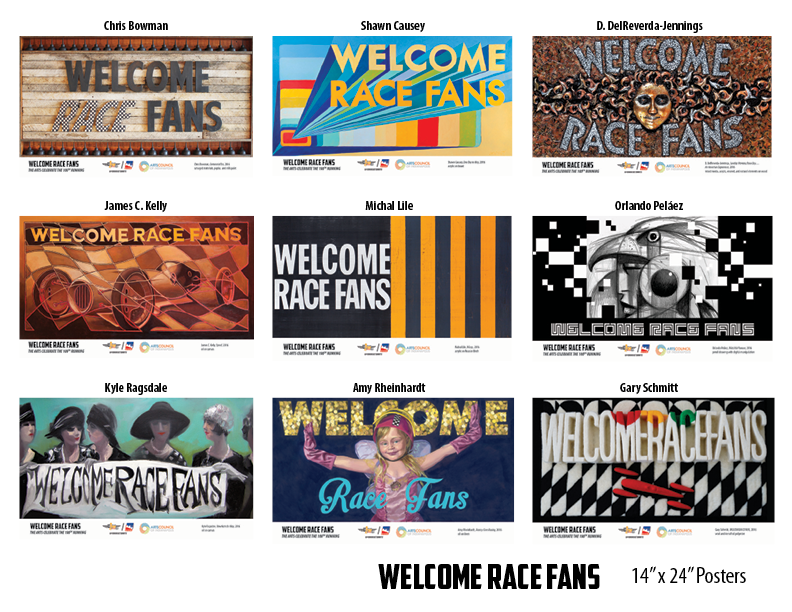